CASE STUDY: One hospital’s quest to drive down the pricing of total joints

Getting the price right: Hospitals target variation in joint replacement (by Maria Castellucci for ModernHealth) 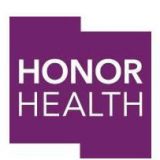 When HonorHealth leaders were looking for ways last year to decrease spending, the joint-replacement service line stuck out as a big opportunity.

The procedures are one of the Scottsdale, Ariz.-based system’s most popular—and lucrative—service lines and make up a significant percentage of supply chain costs, which account for nearly 40% of its $1.7 billion in revenue, according to 2016 financial data from Ernst & Young. But HonorHealth was paying more for parts than its competitors.

“If you haven’t been focused on the cost of your implants and the cost of your supplies, you get a natural creep up—we were simply paying too much. The prices we were paying exceeded what we believe is the market price,” said Alice Pope, chief financial officer at HonorHealth, which operates five hospitals in Phoenix and Scottsdale.

The system worked with Premier, the large group purchasing organization and consultancy, to figure out how its approximately 15 implant vendors compared to each other in costs. They found a lot of variability.

Costs were “anywhere from 10% to 20% higher than we should’ve been at price point,” said Timothy Miller, vice president of procurement and supply chain at HonorHealth. He added that eight of the vendors accounted for 80% of total implant costs, which are about $20 million.

Over several months, HonorHealth leaders worked with surgeons and vendors to negotiate better prices on implants. That effort was successful, to the tune of $1.5 million in annual savings.

HonorHealth is typical of providers nationwide that see joint-replacement surgery—usually a secure money-making machine for hospitals—as a prime opportunity to generate savings, especially as they face shrinking margins with declining reimbursement and patient volumes.

Tackling the wide variability in costs for joint-replacement surgery is a way to get ahead financially.

More than 1 million joint replacements are performed every year in the U.S., and by 2030 that number is expected to increase to more than 4 million as the number of senior citizens grows.

“Hospitals are looking for where they can trim. Supply costs are the largest costs, except labor, for a health system. People would much rather cut supply than cut someone’s job, period,” said Rob Austin, a director at Navigant.

And the largest portion of costs for joint-replacement procedures are supplies, specifically implants, according to a recent analysis from Premier. There is also significant variation in the cost of those expensive implants.

According to Premier, the 350 hospitals could save $23.7 million on knee implants and $19.1 million on hip implants if they paid the same amount as the top 25th percentile of hospitals. The cost data came from Premier’s database of 1,100 hospitals.

But convincing surgeons to switch the vendors and devices they are used to isn’t always an easy sell.