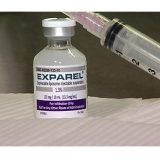 PARSIPPANY, N.J., Oct. 30, 2018 (GLOBE NEWSWIRE) — Aetna has announced that they will reimburse select ambulatory surgical centers (ASCs) for the use of EXPAREL® (bupivacaine liposome injectable suspension) as part of a pilot program in Florida and New Jersey. The purpose of the program is to incentivize the use of non-opioid therapies for postsurgical pain management in ASCs.

“Aetna is demonstrating its commitment to addressing the opioid epidemic by leading the way in expanding coverage of EXPAREL in the ASC setting,” said Dave Stack, chairman and chief executive officer at Pacira Pharmaceuticals. “We look forward to continuing our work with Aetna to prevent future opioid misuse or dependence by providing a safer, non-opioid option like EXPAREL for all patients undergoing surgery.”

Studies continue to show that surgery is an inadvertent gateway to persistent opioid use. According to new research examining seven orthopedic and soft tissue surgical procedures, patients were prescribed an average of 82 opioid pills to manage postsurgical pain. Approximately 9 percent of surgical patients became newly persistent users in 2017, continuing to take these opioids at least three to six months after their operation1.  Unused opioids after surgery also pose the risk of diversion, another avenue to opioid misuse or dependence.

The reimbursement for EXPAREL in the ASC setting is demonstrative of Aetna’s ongoing collaborations with Pacira to combat the opioid epidemic. Recent initiatives include Aetna’s update to its online provider directory to help members easily identify surgeons who are trained to administer EXPAREL, as well as the creation of a national program launched by Pacira, Aetna and the American Association of Oral and Maxillofacial Surgeons (AAOMS). The program aims to reduce the number of opioid tablets prescribed to Aetna patients undergoing impacted wisdom tooth extractions through the use of EXPAREL.

About Pacira
Pacira Pharmaceuticals, Inc. (NASDAQ:PCRX) is a specialty pharmaceutical company dedicated to advancing and improving postsurgical outcomes for acute care practitioners and their patients. The company’s flagship product, EXPAREL® (bupivacaine liposome injectable suspension) was commercially launched in the United States in April 2012. EXPAREL utilizes DepoFoam®, a unique and proprietary product delivery technology that encapsulates drugs without altering their molecular structure, and releases them over a desired period of time. To learn more about Pacira, including the corporate mission to reduce overreliance on opioids, visit www.pacira.com.

Important Safety Information
EXPAREL is contraindicated in obstetrical paracervical block anesthesia. In clinical trials, the most common adverse reactions (incidence ≥10%) following EXPAREL administration were nausea, constipation, and vomiting. EXPAREL is not recommended to be used in the following patient population: patients <18 years old and/or pregnant patients. Because amide-type local anesthetics, such as bupivacaine, are metabolized by the liver, EXPAREL should be used cautiously in patients with hepatic disease. Patients with severe hepatic disease, because of their inability to metabolize local anesthetics normally, are at a greater risk of developing toxic plasma concentrations. EXPAREL is not recommended for the following types or routes of administration: epidural, intrathecal, regional nerve blocks, or intravascular or intra-articular use. Non-bupivacaine-based local anesthetics, including lidocaine, may cause an immediate release of bupivacaine from EXPAREL if administered together locally. The administration of EXPAREL may follow the administration of lidocaine after a delay of 20 minutes or more. Formulations of bupivacaine other than EXPAREL should not be administered within 96 hours following administration of EXPAREL. Central Nervous System (CNS) Reactions: There have been reports of adverse neurologic reactions with the use of local anesthetics. These include persistent anesthesia and paresthesias. CNS reactions are characterized by excitation and/or depression. Cardiovascular System Reactions: Toxic blood concentrations depress cardiac conductivity and excitability which may lead to dysrhythmias sometimes leading to death. Allergic Reactions: Allergic-type reactions (eg, anaphylaxis and angioedema) are rare and may occur as a result of hypersensitivity to the local anesthetic or to other formulation ingredients. Chondrolysis: There have been reports of chondrolysis (mostly in the shoulder joint) following intra-articular infusion of local anesthetics, which is an unapproved use.