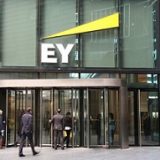 MiMedx Group, Inc. played a version of, “Can you top that?” on Monday, when the troubled biopharmaceutical company installed an interim CEO and a new board chairman following the latest wave of executive departures.

The company appointed Charles R. Evans, previously the company’s lead independent director, as chairman of the board, replacing Parker H. “Pete” Petit who resigned as board chairman and chief executive. It named David Coles to serve as interim CEO, according to a press release.

The news follows the dramatic announcement on June 7 that the company’s CFO and its controller/treasurer would exit after MiMedx said it would restate more than five years of financial statements, for the period stretching from 2012 through 2016, and the first three quarters of 2017. All communications and financial information, it said at the time, with respect to the fourth quarter of 2017 and the first quarter of 2018 “should no longer be relied upon,” the company said. It withdrew all prior guidance for 2018.

That’s four times more periods reviewed than the average, signaling a substantial and long-standing problem, research firm Audit Analytics wrote in its analysis of the announcement.

“A financial restatement of this magnitude is a significant red flag in respect to a company’s accounting quality,” Audit Analytics wrote in early June.

Coles is taking the assignment on an interim basis, while continuing to act as a Managing Director with Alvarez & Marsal, a global professional services firm that advises and provides turnaround and restructuring services to companies, including providing interim management.

Coles served as the CFO, principal accounting officer, treasurer and controller at Lehman Brothers Holdings, Inc. from September 2008 to February 2009. He worked for Arthur Andersen & Co. in the U.K. and New York before joining Alvarez & Marsal in 1996.

In describing the actions already taken to “promote accountability and strengthen oversight” MiMedx said it had retained “a leading, operationally focused finance and accounting consultancy firm to provide interim leadership for the chief accounting officer, corporate controller and other financial roles.”

Coles’ appointment seems to be part of a larger engagement for Alvarez & Marsal to provide interim staffing to a company that is suddenly bereft of senior management.