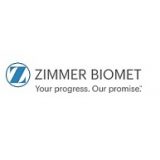 The Federal Circuit court affirmed the judgement in a per curiam ruling dated on Monday, according to recently released court documents.

The damages in the case were previously enhanced due to a US Supreme Court ruling which made it easier to award enhanced damages. In July, Western District of Michigan Judge Robert Jonker reaffirmed an earlier decision to award enhanced damages “in light of the Supreme Court’s clarification of the governing standard in Halo Electronics, Inc. v. Pulse Electronics, Inc.,” according to court documents.

The court was also asked to reconsider its award of attorney’s fees, due to a Supreme Court ruling in Octane Fitness, LLC, v. Icon Health & Fitness, Inc., which it also reaffirmed.

Judge Jonker reaffirmed both decisions for triple damages for the 2013 jury verdict, which had been vacated on appeal by the Federal Circuit last year. He ruled that in the case, Stryker had “proven by clear and convincing evidence” that Zimmer had willfully infringed on 1 or more claims in all 3 of the patents-in-suit, according to court documents.